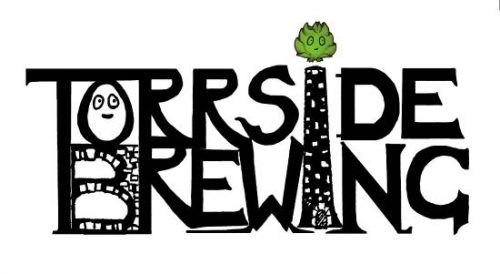 A look back on a very busy 12 months for Torrside brewing.

We love seeing our own brewery at New Mills events and wish them well for the future.

We did our first full-size commercial brew on 30th August 2015 – A 4.0% pale bitter called “Futureproof”

We have brewed 45 different beers so far, with plenty more in the pipeline! In particular, we have developed a reputation for brewing smoked beers, from our 2.8% Polish oak-smoked wheat beer “Sto Lat”, all the way through to our 10%smoked barley wine “Rauchwine”.

Our best selling beer so far is our 4.5% NZ pale ale “West Of The Sun”, closely followed by our 3.9% rye pale “Calico”. Both of these will be regular fixtures in the future, hop supplies permitting.

The Torrside team consists of six members, which fortunately for us includes our very own in-house artist!

We have served Torrside beers at 13 local events here in New Mills (at least!) over the last year, including New Mills Beer Festival, New Mills Parade, One World Festival and the Christmas Lights Switch-on, as well as our own brewery tap events.

Our beers have been served at more than 20 different beer festivals nationwide, and are already booked for several more before the end of the year.

We finished off our first year by brewing an as-yet-unnamed ESB (extra special bitter), alongside a re-brew of our hugely popular American Barley Wine, which will be launching exclusively in cask at Salford Independent Beer Festival in October