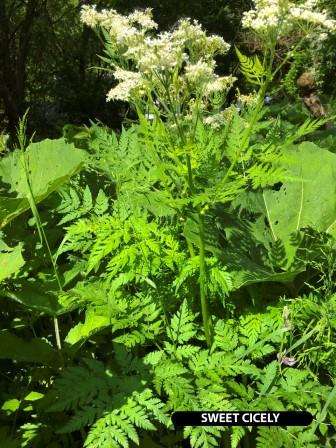 I was driving down Dolly Lane earlier today and was so taken by the cow parsley on the verges that I decided to write a bit about that family of plants, the Umbellifers (think umbrella). It’s a large group of plants all with these lovely creamy white (occasionally yellow) umbels of flowers which are a real draw for insects. I’ve labelled these.

As a youngster in Stockport (when it were all fields…) we used to dig up pignuts and eat the ‘nut’ which is really the small rhizome of the plant; a hot, nutty peppery taste. They are one of the smallest in the family at 12-18” with thin feathery leaves, often growing in semi-shade and in flower at the moment.

Sweet cicely has fuller leaves, lacey to look at and if crushed they give off a lovely powerful scent of aniseed (use them to flavour rhubarb crumble).
Then there’s the cow parsley itself which festoons and beautifies the verges in the spring…the best of gardeners would struggle to put on a better show.

The boss of the family, the hogweed is a summer flowerer as you can see and it can be a bit of a brute with a massive taproot, the very devil to grub out, and big leathery leaves without a hint of delicacy about them.

By the way its enormous grand uncle, the giant hogweed is six foot high plus, and reportable as an ‘official’ weed (see it along the tram tracks in Buxworth). It apparently jumps out and consumes young children…or something. 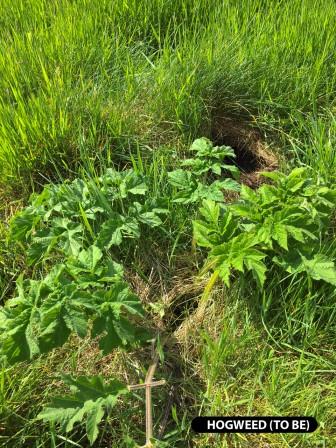 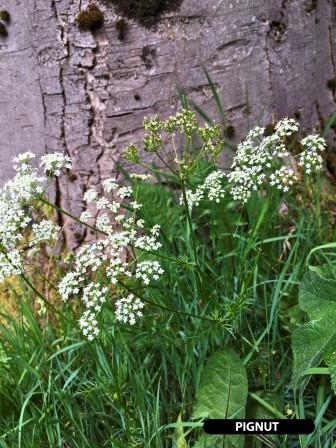