Flora and fauna – almost bobbing along

Since the middle of October our garden has been home for a one-footed robin; two legs but one foot, and I’ve no idea how it lost the other. It gets chucked mealworms and crumbs of cheddar from time to time and seems to do well on them, but does struggle perching, preferring to rest itself on the ground. 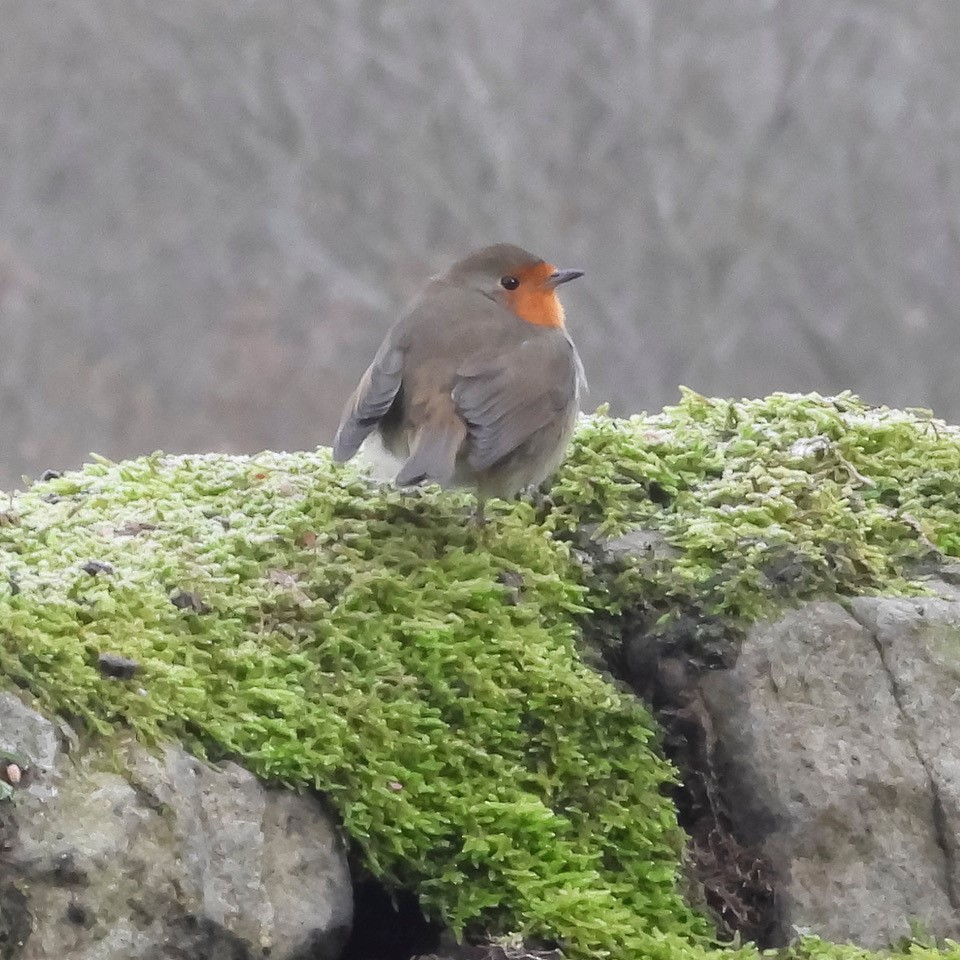 As you’ll know robins are with us all year round, but some extras come to us from the north for winter and others leave us, heading south for a bit of warmth.

I once read that in any garden, in winter, the robin we keep seeing will be one of a dozen or so which will move round an area…our one-footer disappears for a few days occasionally.

During the mating season, spring and summer, the male robin (males and females are identical to look at) is fiercely territorial, chasing off intruders and even attacking its own reflection in windows.

They nest close to (but not on) the ground usually in hedge banks, walls etc.

Robins are opportunists and most of us will have had them hanging around whilst we’re gardening, bobbing down for the odd worm. It’s thought that this habit came from them prehistorically following herds of wild cattle, buffaloes etc where they’d similarly pick up worms and insects  where the ground was disturbed by them.

The song we all know, ‘Red, red robin’ was written by Al Jolson and refers to the American robin, a completely different species and considerably bigger (who’d have guessed!) and in fact a thrush. For cuteness however, it can’t hold a candle!