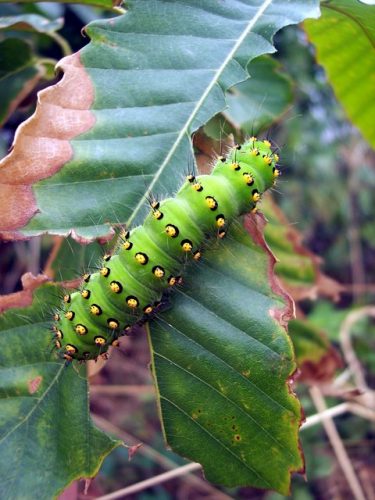 You’ve probably noticed but this time of year is brilliant for moths.
The best nights to see them are those still, warm overcast evenings full of the scents of summer.
A friend recently sent me a (rather dodgy) picture of one of these caterpillars he found up on the heather tops. It’s that of an Emperor moth, one of our largest and most dramatic, and only found amongst the heather which the caterpillar eats (amongst other things). The female moth gives off a pheromone which draws males from miles around for obvious reasons…a bit like Love Island.
I think the picture I was sent shows the caterpillar about to pupate.
Another friend was telling me they regularly get Lime Hawk moths in their garden (I’ve seen them in High Lea Park) and we get Elephant Hawk moths each year whose caterpillars chomp at Rosebay. We also had a brief daytime visit from a Hummingbird Hawk moth during last week’s sunny spell.
All three are worth Googling if you’re interested because the Hawk moths are spectacular.
The pale yellow moth pictured was on our window last week…it’s a Swallow-tailed moth and I read that their caterpillars feed on ivy.
If you’re not afraid of them, which unfortunately a lot of people are, it’d be worth checking the local patch of honeysuckle on a warm night; see what turns up. 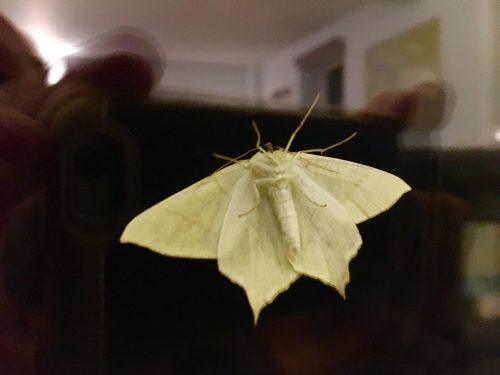 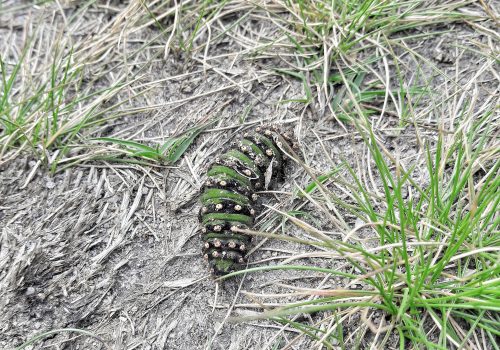