Selling fast in New Mills: ‘A Debt of Honour – The Story of New Mills in The Great War 1914-1916’, written by local author Stephen Lewis.

“A Debt of Honour is a new book looking at the part played by the people of New Mills in the First World War. This first volume of 534pp covers the years 1914 to 1916. The book looks closely at New Mills men serving in the forces, using letters and contemporary writings, but it also tells the story of those on the home front. Their lives were changed in many ways, but they still found the time and strength to support the war effort and their loved ones at the front. The book’s author Stephen Lewis said “ I hope that I have created a book that tells the story of New Mills and local families in the Great War, not only those men and boys who joined the forces and went off to war. But also those who were left at home and worked so tirelessly, in so many now forgotten ways, to support their country. I hope that people will be able to use the book to trace the part played by their own families.”

Available now at High Street Books & Records and New Mills Heritage and Information Centre, with WW1 artefacts also on display, get your copy soon before they sell out. 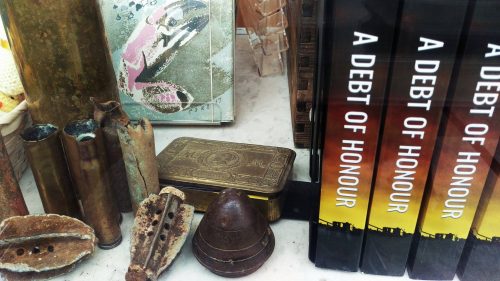 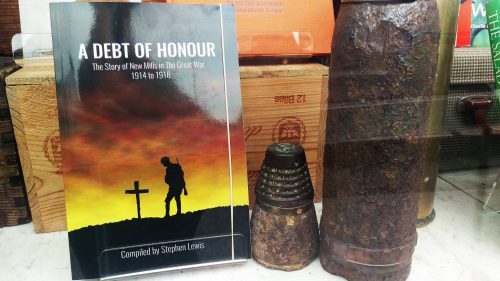