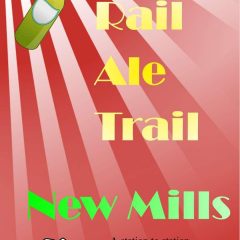 The walk as shown (in green) mainly follows roads as these are usually the easiest routes between the pubs. However there will be alternative routes using footpaths and bridleways, and some of these are also shown (in blue). From New Mills Central station, it’s a short walk up the hill to where you’ll find the bus station, and just across from there: 1 THE PRIDE OF THE PEAKS (59 Market Street) Facebook: @PrideOfThePeaks 01663 745243 A... 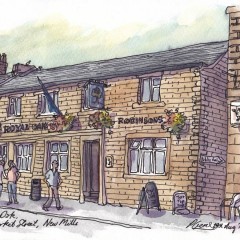 The Royal Oak on Market Street will open again on Friday 13th at 4pm – pop in to see the transformation. Its great to see so much investment in New Mills over the last couple of years.