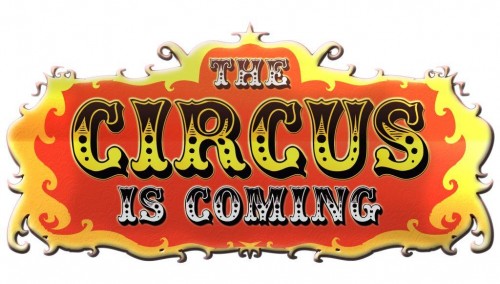 The Circus is coming back to New Mills for the first time in many years during Carnival week in June.

There will be four separate shows over three days with artists from Russia, Ukraine and the Czech Republic and also starring Europe’s youngest knife throwing who gave Simon Cowell a very close shave on Britain’s Got Talent !

Check out the Visit New Mills event listings to get up to date information on dates and times.

The show lasts 1hr 40mins with an interval, as it is expected to be very busy please park in the town centre car parks.

Pinders Circus
The roots of Pinders circus go back to 1784 with the birth of Thomas Ord the son of the reverend Selby Ord. Young Thomas ran away from home aged around 14 and joined the circus. 200 years ago by 1812 he had started his own circus he soon became a house hold name all over Scotland and the north of England. Ords equestrian arena became the most famous circus of the early part of the 19th century.

After Thomas Ord died in 1859 his daughter Selina Ord carried on with the circus, in 1861 Selina married Edwin Pinder whose uncles, George and William Pinder had founded Pinders circus in 1854. Edwin left his uncles and he and Selina continued with Ord Pinders circus in Scotland.

Edwins uncles went to Europe with Pinders circus and became Frances most famous circus where it remains to this day in name only as no members of the Pinder family are involved. Pinders circus in Scotland also became famous including 3 command performances for Queen Victoria at Balmoral castle in 1877-1892-and 1898.

Edwin and Selina had 1 daughter and 4 sons to carry on the circus the eldest son William also had 4 sons one of whom was George who married Eileen Connor daughter of F.J Connor owner of Connors grand circus on the Isle of Man.

In 1967 there son George Pinder married Christine Fossett of the world famous Fossett circus and it is there son Eddy along with his wife and there son Edward who is 11 and there business partner Mike Lea who run this present day Pinders circus 200 years after it all started with a young boy running off to join the circus.