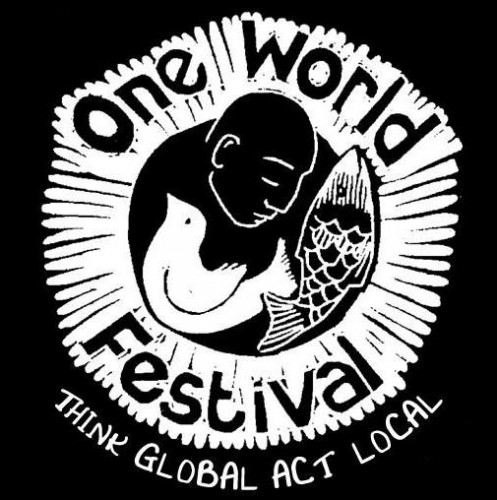 This years One World Festival will take place in High Lea Park on 4 July, featuring musicians including Natalie Joan, who has written songs for ITV’s Vera, international folk musician Richard Lomax, and rocking the day to a close New Mills very own favourite White Van Man.

Returning performer, Adam Hutchins, will also premier his new song celebrating the 25 years of the festival, performed by young people from Take Part in the Art.

Barbara Walmsley, a long serving festival volunteer, said: “I think it’s the people of New Mills that make the event special because they come along every year and they love it. It’s part of the DNA of New Mills”.

Each year the event is run by local businesses and individuals donating items to the New Mills Under the Hammer auction which helps fund the event each year, New Mills Town Council and Visit New Mills have also helped fund the event, which draws several thousand festival goers annually.

Each year there are talks from community organizations, and this year, for the first time, a Conversation Tent will host an array of speakers, including Stockport for Peace, Moors for the Future, and Derek Brumhead talking about 150 years of New Mills Central Station.

Members of the local community will produce twenty-Five canvases for the festival. Groups expressing themselves in this way Include New Mills Women’s group, High Peak Community Arts and each of the local primary schools.

Also showcased will be Karl Sinfield, a well-known local graphic designer, who has designed the festival artwork this year.

A Folk Train arranged by Visit New Mills will deliver festival goers travelling from Manchester, with folk musician Richard Lomax and The Tontine, playing songs and warming up for a second set later in the day on the main festival stage.