Not one, not two but three cinema venues in New Mills !

Home » Cinema » Not one, not two but three cinema venues in New Mills ! 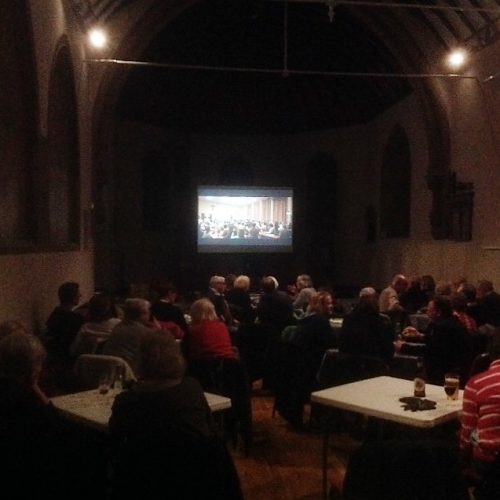 Over the next few days we will check each of them out so you can get an idea of what yo might see – first we will start off with Spring Bank Arts.

Screening 2 films every month, on the 2nd and 4th Thursday, a chance to see a “mystery” film at your local cinema – Spring Bank Arts, Spring Bank, New Mills, SK22 4BH.

There are all types of films such as foreign language, Japanese animation, comedy and drama to name a few. Some are ideal for the family others just for grown-ups. Enjoy the surrounding of this small Victorian chapel-of-ease which has served the community of New Mills for nearly 130 years. A great use of community space

With a licenced bar that opens at 7pm and films starting at 7.30pm for a suggested donation of just £4, come along and be part of the experience.

For more information on the film – please call in at the centre and pick up a leaflet. Alternatively go online and register to see the film’s IMDB film bio and also reserve seats, there is even a monthly movie quiz at http://www.highpeakfilm.org.uk/

Here is a clue to some of the features that are playing over the next couple of months, with more mystery to follow in later months;