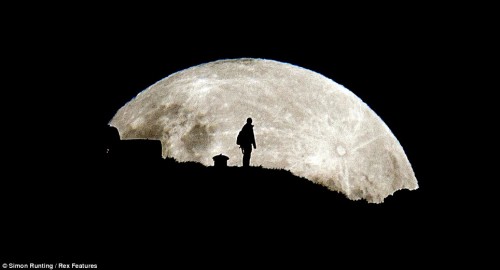 Tonight has been a fantastic night for a ‘halo moon’  – its quite a rare occurrence but sub zero temperatures causing ice crystals are known to help form the circle around the moon – if anyone has a decent pic send it in – the one off the iphone just looks like a white pea.

Halos are caused by the light of the sun or moon passing through a very thin layer of ice crystals in the upper atmosphere.

The ice crystals refract the light of the moon, similar to the way water droplets in the lower atmosphere can refract sunlight to produce a rainbow.

Just like a rainbow, strong halos can have bands of color in them, due to slightly different refractive properties of the ice crystals for different colors. Essentially, halos are essentially rainbows caused by primary refraction in ice crystals.

So now you know !